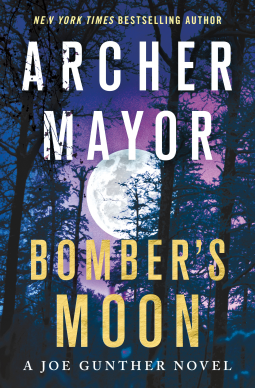 Under the cover of night, an intrepid private investigator follows her prey and captures her money shot before calling authorities. Meanwhile, a creative thief breaks into a vehicle, finds the home address of the owner, and steals a computer, uncovering a secret that’s been kept hidden for decades. But when he attempts to collect on his newfound information, things quickly go sour.

Joe Gunther and his Vermont Bureau of Investigation team are at the scene of a murder in the small town of Bellows Falls. A petty thief/drug dealer has been found stabbed to death, last heard arguing with his buddy, Brandon. But Brandon says he didn’t do it – and Joe believes him – but who would want a two bot drug dealer dead…and why?

Rachel Reiling, daughter of Joe Gunther’s current love interest Beverly, has taken on a role as reporter for the local newspaper and is on the scene taking pictures. As her boss’s best hope for helping to bring the paper back into the mainstream, she is tasked with finding a story worthy of publication. He’s also put her in touch with Sally Kravitz, a local PI, in hopes that they will find a way to work together.

Sally has accepted a job to evaluate the Thorndike Academy, a renowned prep school. One of its Board members hopes to contribute a large sum for further development of the school and its grounds, but he feels as if something is amiss and asks for her assistance. Sally goes in as a temp worker in an effort to discover the truth.

All are seemingly random acts, but as the investigations into each crime unfold, they all seem to have a single connection…Thorndike Academy. But, as Sally & Rachel dig to find answers, someone wants a long buried past secret to stay hidden…

I have only read a couple of titles in this series, thus far, and I’ve very much enjoyed each of them with this one being no exception. I love Joe Gunther’s character, although It seems as if Joe took a bit of a back seat to the girls in this novel, so I’m hoping that means that we’ll see a lot more of Sally & Rachel – perhaps a series of their own??!! I have to say that I discovered this series solely due to Netgalley (Thank you, NetGalley & St. Martin’s press!!!) and hope to find the time to read the series in its entirety soon! Great books!!