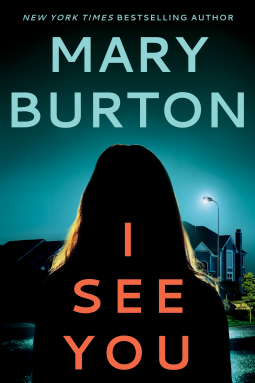 Nikki McDonald is a disgraced reporter, looking for a big scoop to propel her back into the limelight. So, when she receives a tip that leads her to a burned skeleton in a trunk in an old woman’s storage unit, she’s determined to insert herself into the investigation in hopes of scooping the story.

Special Agent Zoe Spencer is a gifted artist and utilizes her skills as a sculptor to restore identities to murder victims. When she receives the skull from the burned skeleton and gives it a face, her boss recognizes her as a young college co-ed that disappeared in 2001, Marsha Price, whose case had quickly gone cold with no suspects.

Detective William Vaughn is Zoe’s liaison with the Alexandria PD, and occasional lover, who is investigating a messy homicide scene when he receives Zoe’s call regarding her Jane Doe. As they re-open the case and begin the investigation, one of their first visits is to Marsha’s sister Hadley, who is astonished at the discovery. As Vaughn & Zoe dig deeper into the past, Hadley and her daughter Skylar suddenly go missing…and a murderer starts killing again, or did he ever stop??

This was a great read, as are all of Mary Burton’s novels. I was sucked right in within the first couple of pages, and quickly became engrossed in discovering just who the protagonist would turn out to be! This one kept me up well into the night! Well worth the read!!

I received this book as an Advance Reader Copy from Netgalley, in exchange for an objective review.