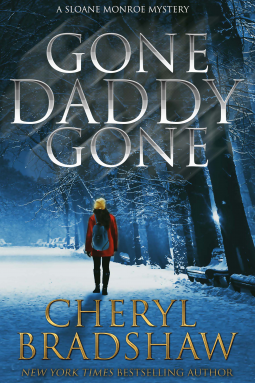 College student Shelby McCoy is walking along a snowy park path, when she senses someone is behind her. She makes a panicked attempt to call her father, who doesn’t answer the phone, before an arm wraps around her neck and she is shot in the back and left to die. Beneath her body, a playing card, the ‘ten of hearts’, is found.

Private Investigator Sloane Monroe is with Shelby’s father, Police Chief Cade McCoy, when he receives word that his daughter has been killed. In the midst of attempting a marriage proposal to Sloane, he drops what he’s doing and the couple heads to Utah, to learn what they can of the investigation. Shortly thereafter, Cade, too, is shot, and a ‘jack of hearts’ card is left at the scene.

As Cade fights for his life, Sloane and Utah law enforcement attempt to solve the killings, but clues dry up, and potential suspects are alibied. Then a third attempt takes place, and Sloane begins to suspect, it may not be Cade for whom the shooter is revenging a wrong, but Sloane herself. But whom? And why?

Detectives review Sloane’s old case files, looking for answers, when yet another person goes missing, this one also near and dear to Sloane’s heart. But will she find the answers in time??

The book captures your interest in the first few paragraphs and will keep you engrossed until the very last page! I read this cover to cover in one sitting as it was just too good to put down! I have read all the Sloane Monroe novels, and I eagerly await more! Great, easy read!!