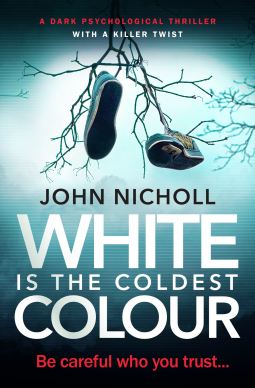 Set in The UK’s Wales, this book is not for the faint at heart, as it’s subject matter deals with the all too dark behaviors of pedophiles and their sexual predation – while described scenes are fortunately bland, the subject matter is not.

Dr. David Galbraith is, by outward appearances, a very well respected and highly skilled pediatric psychiatrist. However, as the reader learns on page one, he is also a sadistic sexual predator – and his victims are very young boys.

Molly Mailer is a newly minted single Mom to her two children, as her husband has left her for another woman. Her teenaged daughter is a bot out of control, and her young 7-year-old son Anthony has developed some issues of his own – leading his pediatrician to make a referral to the local pediatric psych physician, Dr. Gilbraith.

Local social workers and police investigators have recently identified Dr. Gilbraith as a person of interest, but the investigation is in it’s beginning stages, as interviewing his young victims, and gaining useful information from their childish minds has been difficult and tedious work.

Dr. Gilbraith becomes fascinated by young Anthony Mailer on his first office visit and works to gently manipulate Anthony’s family into allowing unsupervised appointments – Molly, seemingly seeing positive changes in her son after a first visit, agrees, but later changes her mind and cancels later visits. But Dr. Gilbraith is not to be deterred and attempts to kidnap young Anthony, grievously injuring Molly in the process.

It becomes a race against time, as police and family services attempt to connect the dots, find the evidence to put Dr. Gilbraith away forever, but will they find young Anthony before it’s too late??

A fast-paced novel with edge-of-your-seat suspense as you cheer for good to prevail over evil! I was sucked in on page one, and I could not put it down!

Margaret (Maggie) Alderman has a good life – she’s blissfully married to the love of her life, Dr. Noah Alderman, and is Mom to his sweet young son, Caleb. But Maggie longs to find her daughter – a daughter that was taken from her by her estranged ex-husband after Maggie struggled with post-partum depression shortly after her birth.

Maggie receives a call one day, seemingly out of the blue – her daughter Anna is attending a prestigious private school in Maine and wants to meet her. As Maggie rushes to Anna’s side, she also learns that Anna’s father has been killed in a plane crash with the rest of his family overseas. Impulsively Anna decides to leave school and come home to live with Maggie, Noah & Caleb.

Soon, things begin to happen. Caleb seems at odds with his new sister Anna, and Anna seems to have difficulty adjusting to a new family and rules. She soon accuses Noah of molestation, tearing the family apart. Then, Anna winds up dead at Noah’s apartment and he is arrested for her murder, all while protesting his innocence.

The book opens with Noah standing trial for Anna’s murder, and each chapter details events that occurred ‘before’ and ‘after’ Anna, from various points of view, moves quickly, and then culminates in a discovery, and then an ending that you’ll never see coming!!

Lisa Scottoline is one of those authors whose books I’ll pick up and read immediately! I’m never, ever disappointed, and this novel is no exception! A great read!