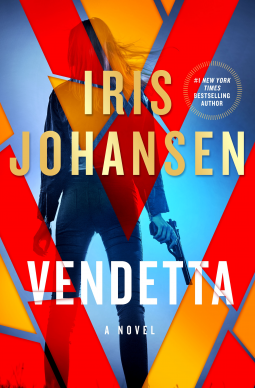 On a mission gone bad, CIA Terrorism Task Force Leader Carl Venable, lies mortally wounded when found by fellow team member Jude Brandon. With his last breath, Carl implores Brandon to find and protect his daughter Rachel from terrorist Max Huber, who is hell bent on revenge, as he believes that Rachel killed his father.

Rachel Venable is a physician with One World Medical, and is deep in the rain forests of Guyana, as they try to save village residents from the devastation of the Taran Virus, a mosquito borne illness. As traditional medicine has failed, Rachel has turned to her training as an herbalist in attempts to save an 8-year-old girl from certain death from the virus.

Catherine Ling, CIA agent and long-time friend of Rachel Venable is also invested in keeping her friend safe. As word comes down that Max Huber may be enroute to the rain forest to take Rachel, she joins forces with an eclectic group of people whose objective is to keep Rachel safe and to shut down Red Star, Huber’s terrorist organization.

When Rachel is evacuated from Guyana right under Huber’s grasp, he retaliates by kidnapping Maria, the 8-year-old child that Rachel was so desperately trying to save, promising to torture her if Rachel doesn’t come to him. He is also threatening a catastrophic terrorist act on US soil in the days to come.

As Rachel, Brandon and Catherine and their group team up to identify the planned attack and stop Huber, Rachel prepares to stop at nothing to save Maria, and plans her own special surprise for her tormentor. But will they be able to stop him in time and bring Maria home safely??

I’ve been a huge fan of Ms. Johansen since the first Eve Duncan book as released, and that adoration continues! With Catherine Ling taking a small role, this could be considered another of the Ling series, or perhaps the start of yet another fabulous series starring Rachel Venable and Jude Brandon – at least that’s what this reader fervently hopes!! Great characters, lots of non-stop action, and not one, but two heroines!! Awesome read!!