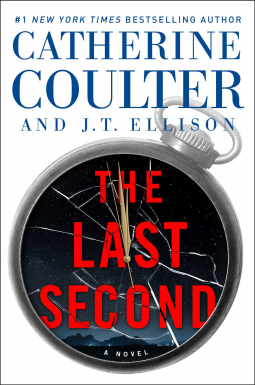 Nicholas Drummond & Michaela Caine are back, as they become embroiled in a case that may result in the Earths destruction…

Astronaut Nevaeh Patel, formerly of NASA, is now the CEO and President of Galactus, a private company that has excelled in flawless launches into space. Grounded by NASA after experts disbelieved her story of extraterrestrial contact while on the International Space Station, Nevaeh has one goal – to either return to space, or to provide an opportunity for the Numen, a highly intelligent species that saved her from drifting off into space on a spacewalk, to descend to Earth. Is she truly in touch with other life? Or suffering from a psychiatric break??

It’s launch day at The Guiana Space Center, and the Galactus 5 rocket is on the pad and in its countdown. Unbeknownst to anyone, the payload, a satellite, has been loaded with plutonium, and Nevaeh has altered its trajectory. When the satellite doesn’t respond to ground control, it is presumed lost, due to a faulty system.

Meanwhile, Galactus owner Jean-Pierre Broussard is out on his yacht, the Griffon, in the Strait of Sumatra, where he has discovered the remains of the Flor de la Mer, a ship that sunk in these very waters over 500 years ago and was rumored to be carrying the Holy Grail. As the object of his search is brought to the deck and revealed, a traitor is drugging the evening meal, and the item is very quickly stolen, before a ballistic missile is fired that strikes the ship and her sleeping crew. Amongst the crew is Grant Thornton, friend of Nicholas & Mike, now missing and presumed dead with the disappearance of the Griffon from radar.

As Nicholas & Mike search desperately for the Griffon and their friend, the clock is ticking on Nevaeh’s plan to detonate a nuclear bomb in space. But can they put the pieces of the puzzle together in time?? A heart-pounding new thriller from the ‘Brit in the FBI’ series. This one will keep you up well into the night!! Great read!! 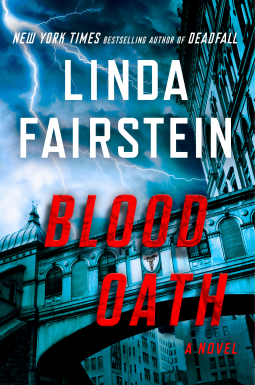 Alex Cooper has returned to her office after a lengthy absence following a kidnapping. Ready to assure everyone that she is up to the task, she immediately finds herself involved in the past of a young woman, Lucy Jenner, who has a fascinating tale to tell. When she was 14, and a witness to a murder she was befriended, and then she claims raped, by the prosecutor of the case. A man that is now running for District Attorney for New York City.

Meanwhile, a friend and colleague of Alex’s collapses on a city sidewalk in convulsions and is rushed to the ER where she is deemed critically ill. Then she is mysteriously transferred out of the ICU to another facility, and no one seems to have any information.

Alex gently coaxes the entire story out of a reluctant Lucy, who claims she and ‘Jake’ shared a blood oath not to tell, and a scar to prove it, and begins to suspect that Zach is a predator, and has been for a long time. She and partner Mike Chapman begin to investigate her story, its timeline, and the DA wanna-be, Zachary ‘Jake’ Palmer.

Meanwhile, they are able to find the mysterious hospital where Francie has been taken and are stunned to learn that she was thought to have been poisoned by a toxic nerve agent. Alex has also inadvertently learned that her friend was pregnant. Holding her unconscious friends’ hand one night, Alex discovers a scar on Francie’s hand, much like that of Lucy.

Determined to keep Lucy safe, she and Alex go into hiding. But someone has learned what she knows and will do anything to silence the opposition…

This was one of the best of the Fairstein novels that I’ve read! It captured my attention from page one, and I could not flip the pages fast enough. Alex’s sassy attitude and the glimpse into the behind-the-scene’s courtroom drama, along with all the intrigue and suspense you’d expect from a crime drama, make this book a winner!! 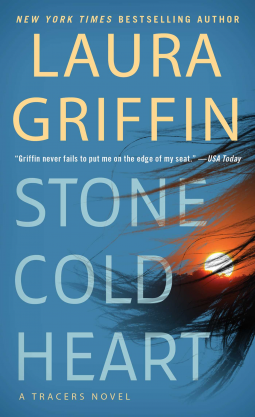 A soon-to-be bridal party is out on the town for bar hopping, when Grace’s ID gets denied at the door by a bouncer. She opts to meet the rest of the girls at the hotel and starts heading that way. An Uber driver stops and offers her a ride, she accepts with reluctance…and disappears.

Meanwhile Delphi Center anthropologist Dr. Sara Lockhart is attending a wedding nearby, when she receives a call from Detective Nolan Hess, asking for her assistance in assessing some bones found by some hikers in a nearby park. Sensing urgency, she immediately heads to the scene, where she readily identifies the bones as human. But something else at the scene startles her….

As she and Detective Hess work to identify the young hiker, they learn of a missing teen, named Grace. When the bones found are NOT those of a hiker that went missing several months ago, they begin to suspect a serial killer. As they work to tie the cases together, and fight the attraction they feel for one another, the killer is closer than anyone thinks…but will they find him before he claims his next victim???

A fabulous new Delphi Center novel from Laura Griffin! As per usual with this author, I was hooked from the very first page and stayed up half of the night to read it straight through! Un-put-downable!! Be sure your afternoon is free before you open this book!! 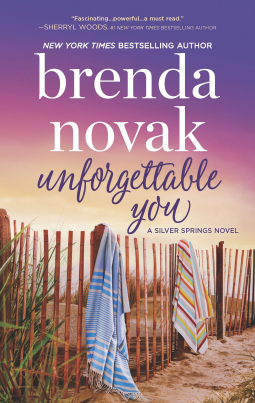 Jada Brooks & Maddox Richardson were a sweet teen-aged couple, when the events of a weekend party shattered their lives and separated them forever. Unbeknownst to either of them at the time, Jada was pregnant.

Now, 13 years later, Jada and 12-year-old Maya have returned home to Silver Springs, California after a divorce, and the death of her father. Home primarily to assist her mother with running the family business, and to help with her handicapped brother Atticus, Jada was assured that Maddox was no longer in town. But at a farmer’s market one weekend, she spots Maddox in the crowd…

Maddox Richardson lost the love of his life, and his brother Tobias to prison on that fateful night so long ago. Now 13 years later, he has returned home to Silver Springs after accepting a position as principal to a school for troubled youths. Not wanting to cause further heartbreak to the girl he once loved, he returned with the understanding that Jada was married and living elsewhere. But at that same farmers market – he spots Jada…

As both Maddox & Jada struggle with old feelings, and attempt to stay out of each other’s way, Maya is searching for information on her father, who was reportedly deceased in an accident before she was born. The spitting image of her father, Jada fears it’s only a matter of time before Maddox learns the truth. Can Maddox and Jada leave the past behind, and find their way back to one another??

I just love every word that Brenda Novak writes, and cannot get enough of her! Whether it’s the darker Talbot series, or a sweet read such as this, I’ve never read a Novak novel that I didn’t adore! Read this in a day because I just couldn’t put it down! And I LOVED the reference to Dr. Talbot! Bonus is, there’ll be more to come in Silver Springs, CA! I already cannot wait for the next book!!