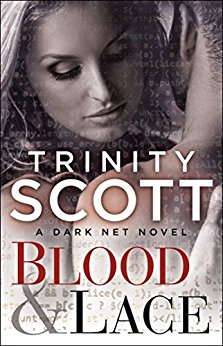 Chloe Sterling, a reporter who is presently suspended from work due to her less than ethical tactics, has arrived in California to visit her twin sister, Eden. But Eden is nowhere to be found, and when the local police department seem less than interested in Eden’s disappearance, she turns to FBI Special Agent Gage Pierce for help.

Gage is immersed in his own work, but he feels an instant attraction to Chloe, and that attraction is reciprocated. As Gage investigates Eden’s employer, Provocative, Inc, he also learns that Eden had a side job, producing risqué podcasts from home, for an organization called Red Light Productions. Chloe, not about to sit idle, follows Gage and attempts some research on her own, landing on the radar of Eden’s abductor.

With the help of some non-law enforcement friends in high places, Gage and Chloe immerse themselves in Eden’s life and activities in attempts to re-trace her steps. As they unknowingly close in on a killer, they play right into his hands, and the killer closes in as well…

This book sucked me in with the first paragraph, and I read it cover to cover in a few short hours! A great read, with intrigue in spades, and just enough hot romance to keep readers engrossed and wanting more. I hope to see this crew of unorthodox investigators in future novels!! I thoroughly enjoyed this novel!!