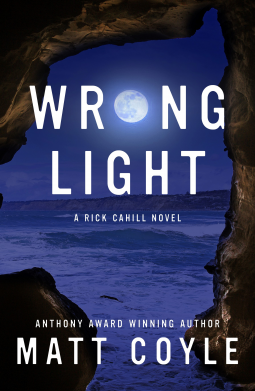 In southern California, a voice on the airwaves is soothing everyone in its paths, and there is talk of syndication in the future. Naomi Hendrix belongs to that sultry voice and has her fair share of fans. Fan mail arrives regularly, but recently, a letter arrived that concerned her producers. Concerned them enough that they contacted PI Rick Cahill to assess the situation.

As Rick arrives at the radio station, he can’t help but notice the lack of security. As he peruses the letter given to him by station manager Chip Evigan, he too, becomes concerned for Naomi’s safety. Naomi, however, is unimpressed. Until her handgun is stolen from her car – a handgun that she isn’t allowed to have, and therefore cannot report missing – but she does tell Rick. Then things really start happening!

A kidnapping, and a visit from a Russian mob member looking to collect on a promise round out the drama, and have Rick running on empty as he attempts to balance mob demands against protecting Naomi. Mix in some club action and you have an adventure that you won’t want to put down!

This was my first book by author Matthew Coyle, but it certainly won’t be my last! Fast paced, with unexpected plot twists – all that keeps you coming back for more! I’m looking forward to reading the rest of the Rick Cahill series!