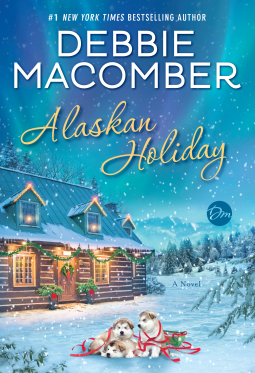 Josie Avery is a culinary school graduate and is anxiously awaiting her chance to begin studying under famed Chef Anton, when his newest restaurant opens in Seattle, come winter. For the time being, she’s cooking for a lodge up in Ponder, Alaska, a small, quiet town, north of Fairbanks. Accessible only by cargo plane, or ferry, Ponder is pretty remote, although they fairly recently received internet service.

Palmer Saxon is a native Alaskan and swordsmith, who has become a constant companion to Josie during her time there, as has Hobo, his beautiful Husky. Although their relationship has been nothing more than hand holding and kisses, Palmer is pretty sure that he wants Josie to remain in his life. Josie too, feels love for Palmer, and is torn between him and the opportunity that awaits her back in Seattle.

Jack Corcoran is an older, never married gentleman, who loves Josie’s cooking, and eats at the lodge every night. A curmudgeon at best, Jack too would like to see Josie stay, and Josie finds in him, the father figure that she never had. But, as autumn and snow arrive, despite a missed ferry ride, Josie finds her way to Seattle to begin her new career.

As the distance looms between them, daily conversations and texts become more and more sparse, and then Palmer chances to see a picture on Josie’s Facebook page that leads him to believe he is losing Josie. So, Palmer and Jack hatch a plan to go to Seattle to see her…

This was such a sweet, romantic story, and a perfect read for an early autumn day! I could almost see the snow falling in Alaska, and was cheering on Palmer and Jack as they plotted to get Josie back to Ponder, where clearly, she belongs! A quick, fun, read!!