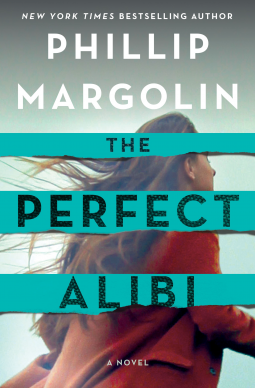 Robin Lockwood, attorney for Barrister, Berman & Lockwood is coming into the office to start her day when she’s met by Maxine & Randi Stark, a mother and daughter who wish to sue the daughter Randi’s rapist.

As Robin sits with Randi to obtain information, a story emerges of a young woman who goes to a frat party and dances with the young man in question, before she is led into a bedroom, where the alleged rape occurs, the tail end of which is discovered by Randi’s friend, Annie Roche. When Annie finds Blaine Hastings on top of her Randi, with her friend yelling ‘get off me’, she screams, causing the rapist to flee. Annie then took her friend to the hospital where DNA evidence irrefutably links Blaine to the crime, and he’s arrested. Despite his denials, and after an angry outburst in court, he is convicted – and he threatens his lawyer as he’s lead out of the courtroom.

Then, shortly thereafter, another young woman is raped, and inexplicably a rape kit also finds DNA that is linked to Blaine. But Blaine remains in jail and couldn’t possibly have committed this act. Blaine’s new lawyer then petitions the court for his release until the error can be explained, and Robyn’s team searches for an explanation. Meanwhile, a freed Blaine goes missing, and his victim, Randi, fears for her safety.

Then, an attorney is found dead in his office, and another is missing – from the firm that represented Blaine in his initial rape case. Are they connected? Or is there something else going on entirely?

I really love a good legal thriller and this one has all the elements I’ve come to expect – a compelling case, a likeable attorney, and enough mystery and intrigue that make putting it down next to impossible until the final page is turned! A fabulous new must-read from Phillip Margolin!!