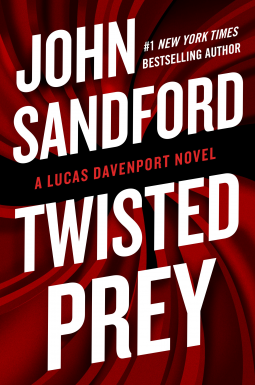 Lucas Davenport is back for more in this long running, first rate series!
Preparing to return home after an idyllic weekend at his mountain cabin with his lover, Minnesota Senator Porter Smalls is forced off the road by a large vehicle on his trip back down the mountain. Only the superb driving of his companion, Cecily Whitehead, keeps them from plunging over a ravine and into a river. But Whitehead is killed in the incident. Upon investigation into the crash, reconstruction teams can find no evidence of another vehicle involved. Suspecting an assassination attempt by rival Senator Taryn Grant, Smalls enlists the help of Federal Marshall Lucas Davenport.

Lucas agrees to investigate the incident and heads to Washington DC, where almost right off the bat, he’s attacked by three men in full armor who mean him harm. Although he escapes unscathed, it’s clear that he’s stumbled into more than a mere automobile accident. That’s when he enlists the help of fellow Marshalls, Rae and Bob Matees.

As the case heats up and key players are identified, Lucas begins to link the assassination attempt to a group called Heracles, and some of its key players, one of whom is aide to Senator Grant. With snappy dialogue, colorful characters, and a cameo by Virgil Flowers, the novel races on to an unexpected and very satisfying ending!

I do not think I will ever get enough of John Sandford and Lucas Davenport!!