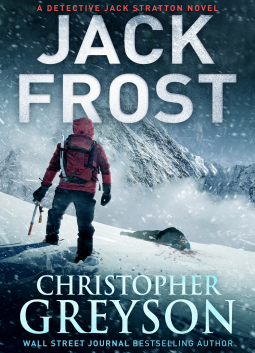 Jack Stratton is a former police officer, turned private investigator, who takes a case for an insurance agency after an untimely death on the set of a reality survivor show. While the death was termed accidental, the crew of the show have been receiving death threats, and Jack is to go in undercover to evaluate the situation.

The television show is presently filming atop a snow-capped mountain, with a gondola as the only transportation to the top. Alice, Jack’s fiancée and investigative partner, will stay behind, albeit unwillingly, and research records, crew background checks and raw footage from the shows filming.

As Jack transports to the mountain top, he sees a sign – the Iroquois’ sign for death, carved into the mountainside. One atop, he becomes the crews newest ‘gofer’, as his undercover role. As he begins to meet and assess the crew and contestants, malicious things begin to happen. A contestant is disqualified, and after a show of temper, goes missing.

Numerous incidents begin to occur, hampering and narrowly missing injuring cast and crew. As tension mounts, Jack desperately searches for a killer, Alice makes her own discoveries to identify a killer, and a monstrous snowstorm changes course and heads in their direction…

I’ve been an avid reader for years and I cannot believe that I’ve never discovered Christopher Greyson and his Jack Stratton series! I read this all in one sitting and stayed up late into the night to finish it! Non-stop action, adventure, intrigue and of course mystery! This book has it all! Fabulous read!!

My next goal now is to read the rest of the Jack Stratton series! Mr. Greyson, you have a new fan!!